Today a new registration was spotted in China. OM Digital Solutions has an unreleased model with the camera code “IM024”. It is equipped with Wi-Fi (2.4GHz) and Bluetooth. I guess the camera will be announced within the next 2-3 months. What will it be? 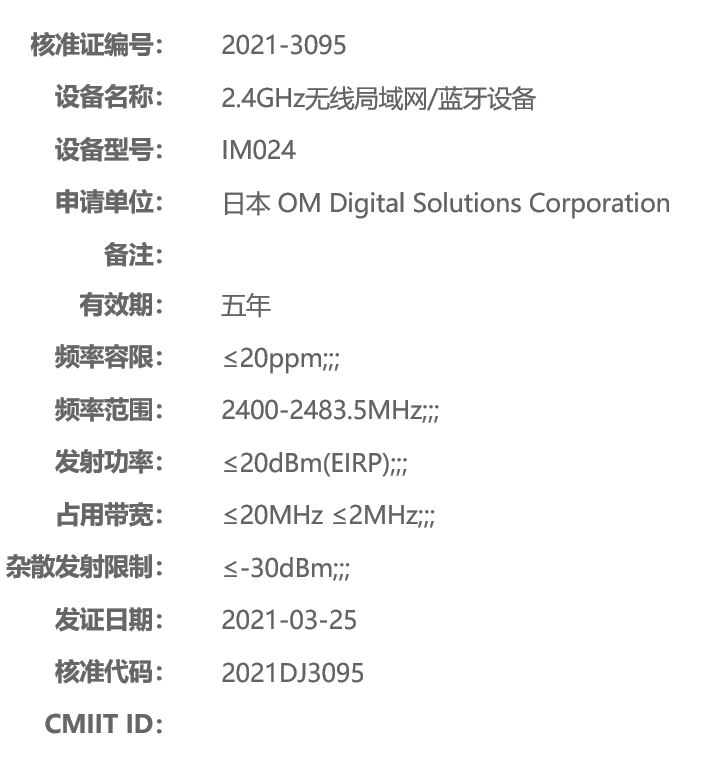 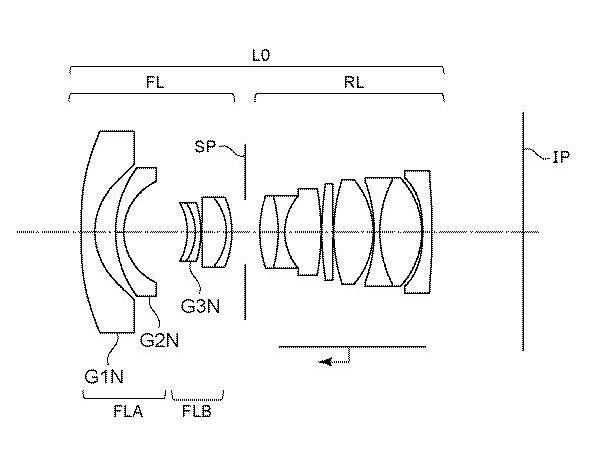 Canon makes no secret about their intention to push hard on the RF lens development. Here are the latest patents for compact f/2.8 primes and new macro lenses:

Check it out here: sigma-imaging.se/fp-l-mirrorless-camera 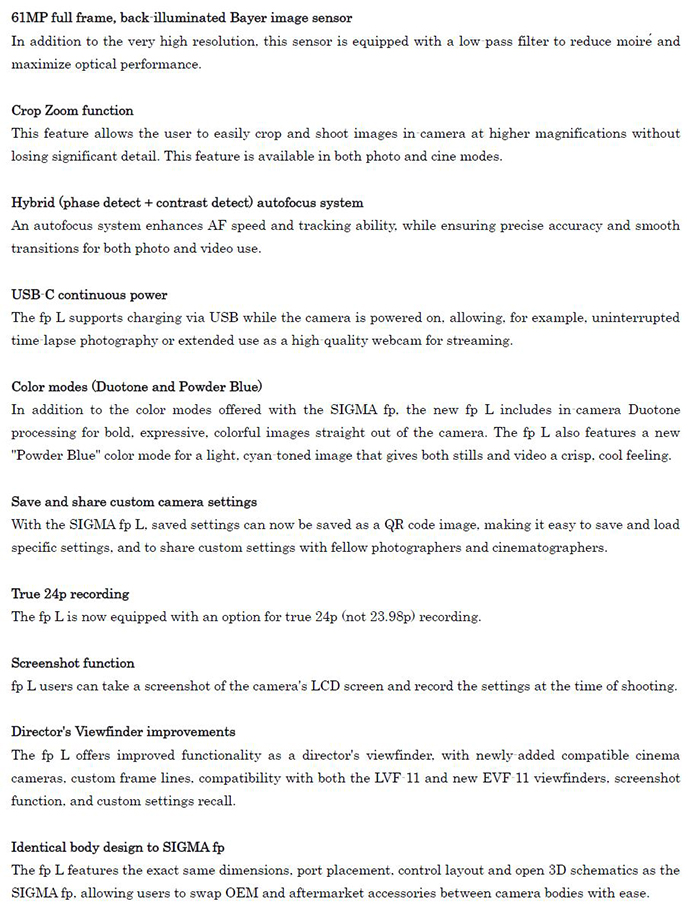 The camera will be announced today at 12:00 London time! 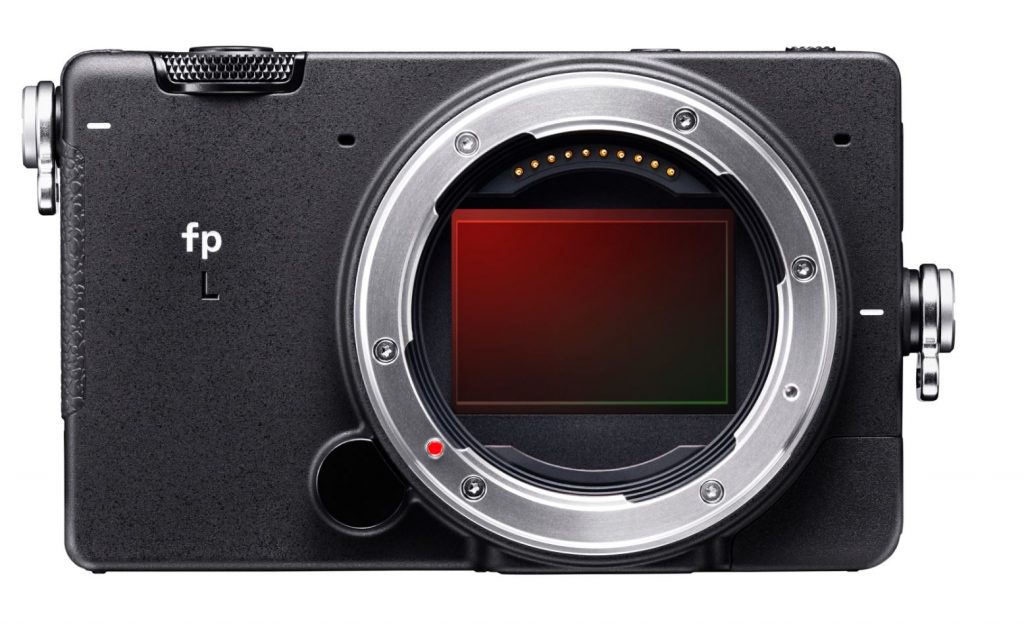 L-rumors spotted some original FP-L image samples and the EXIF files do show it has a 60Mp sensor.

The changes from fp of Sigma “fp L” are “Equipped with effective approximately 61 million pixels back-illuminated Bayer sensor” “Equipped with a low-pass filter that suppresses the occurrence of moire to the minimum” “Contrast AF + image plane phase difference AF” ” It seems that it supports USB power supply.
New functions “0.5 type external EVF with about 3.68 million dots”, “save / read settings / QR code share”, “new color mode” powder blue “/” duotone “”, “various frames used in video production” “Compatible with rate” and “Screenshot function” will be supported by upgrading fp.
The mass retailer price of the Sigma “fp L” is 275,000 yen including body tax and 330,000 yen including EVF kit tax. The mass retailer price of “EVF-11” seems to be 66,000 yen including tax.
The Sigma “fp L” has been added to overseas retailers for $ 2,499, the “fp L EVF Kit” for $ 2,999, and the “EVF-11” for $ 6,99.

Sony has made a cute trio of compact lenses that are thought to fit perfectly for your A7c camera. Here is the only review you have to watch to know everything about this lens: 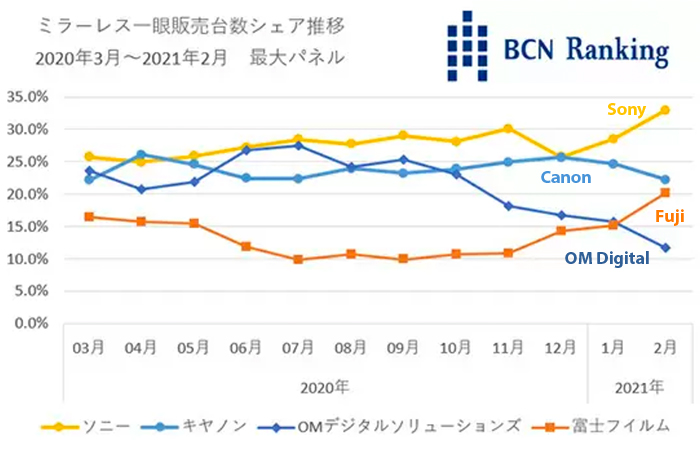 The latest BCNranking shows the mirrorless market share on the Japanese market. It’s clear there has been a bit of a shake up! Fuji is on the rise and OM digital halved it’s share. Canon might loose the second place in March if Fuji keeps gaining. Sony also is increasing its share and is now close to 35%.