Sigma CEO says: “we cannot commit [to] when we will release the new Foveon camera”

Fuji is sure their GFX system can challenge Full Frame

MELVILLE, NY (October 26, 2022)– Nikon Inc. has announced yet another substantial update for the Nikon Z 9, bringing more powerful performance and added features to what’s widely regarded as the most capable full-frame mirrorless camera available. Now available for free download, the firmware 3.0 update is the second major update to the Z 9 this year, adding enhancements to video and photo capture, usability, operability, autofocus and so much more.

“Firmware 3.0 not only demonstrates Nikon’s commitment to addressing our customers’ needs, but also our continued support to update products to their full potential for the benefit of our users,” said Jay Vannatter, Executive Vice President, Nikon Inc.

Both video and photo shooters as well as creators will see impressive benefits from the new firmware with this update. Some of the more notable features include a new Hi-Res Zoom function¹, which provides the effect of additional optical zoom for 4K video, and a new C60 High-Speed Frame Capture+², enabling 60 fps still shooting in DX-format. Firmware 3.0 also includes enhancements to the AF as well as upgraded display and operability, such as increasing the number of buttons that can be used as custom controls.

Starting today, Z 9 owners can visit the website here to download firmware 3.0 for free. Nikon will continuously meet users’ needs through firmware updates that expand the functionality of its cameras. 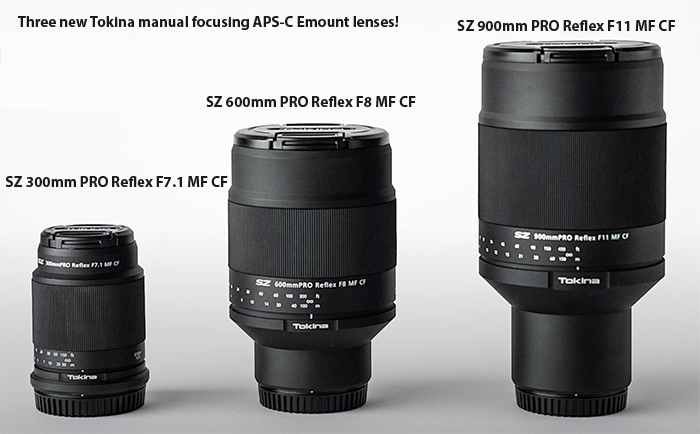 The Spanish website Photolari interviewed Kazuto Yamaki, CEO from Sigma. While he cannot comment on future products he said they are trying their best to make RF mount Sigma lenses.

I am not sure if the problem is also related to Canon policy. We have seen they asked Viltrox to stop making RF lenses…

Judd Heape is the vice-president of product management for cameras at Qualcomm. And in an interview released by Android Authority. And he truly believes smartphones will in future match or outperform dedicated system cameras:

In terms of getting towards the image quality of a DSLR, yes. I think the image sensor is there, I think the amount of innovation that’s going into mobile image sensors is probably faster and more advanced than what’s happening in the rest of the industry.
The processing in Snapdragon is 10 times better than what you can find on the biggest and baddest Nikon and Canon cameras. And that’s why we’re able to really push the barrier on image quality. Because even though we have a small lens and small image sensor, we’re doing many, many times more processing than what’s even capable in a DSLR.

I am not so sure about that. Any pic taken with a 100MP Samsung is literally not the same thing as a 100MP image taken from a medium format camera. You cannot cheat on pixel size physics…