Based on the latest CIPA data Dicahub drew those useful graphs. Note that the CIPA data shows the worldwide “shipped” cameras sold by Japanese companies (Samsung and Leica for example are not included).

Graph 1 (on top of this post):
It shows that camera shipments are decreasing over the last two years. Compact camera sales crashed, DSLR fell down and also Mirrorless had a small decrease of shipments. 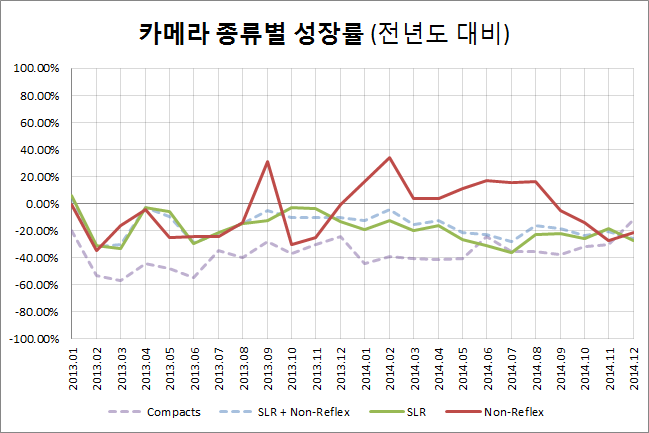 Graph 2:
A really small good news is that compared on a year to year basis only compact and fixed lens cameras had a small increase compared to last year (remember that graph 1 showed a decrease based on a two year basis). 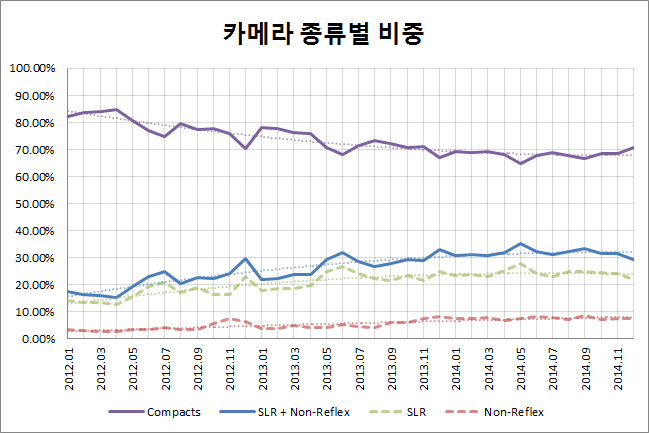 Graph 3:
compacts are increasing (I think the reason is large sensor high-end compacts.) 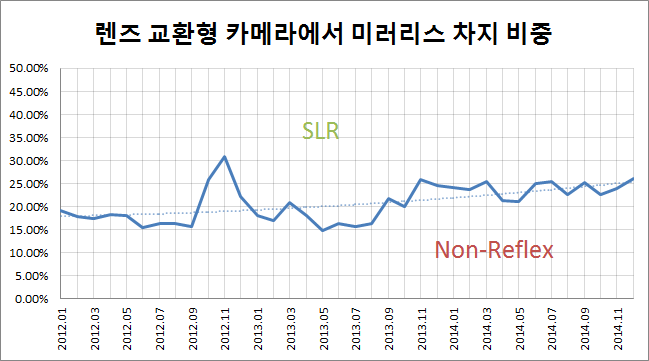