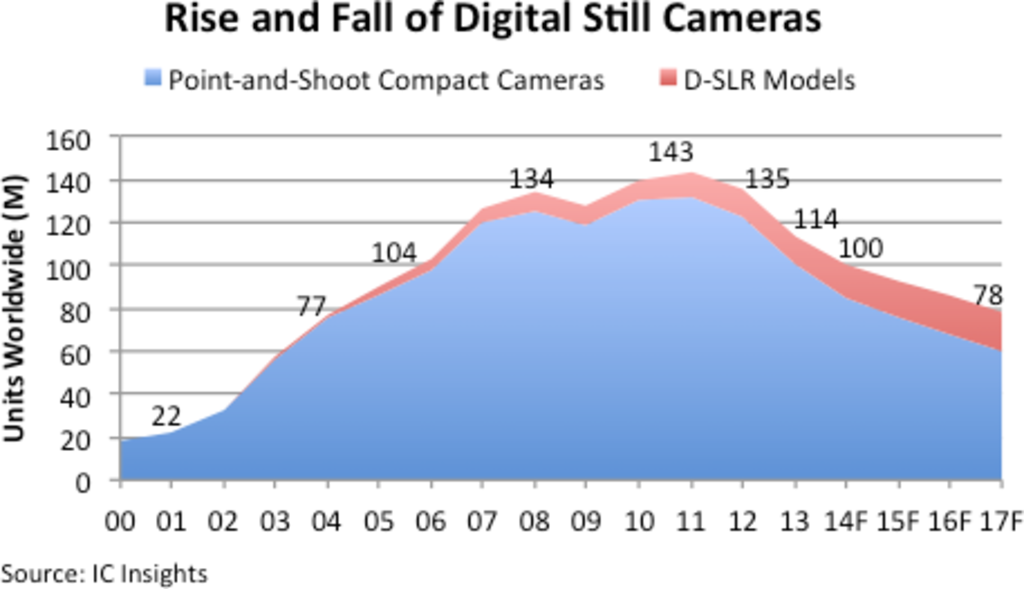 Icinsights posted a forecast about the camera market till 2017. And the market is expected to shrink:

But there are two positive news: The System Camera Market is expected to growth further. And that’s also the most profitable business for the camera producers. And the “non-conventional” camera market for Tablet-smartphones-medical-car-surveillance is expected to grow too! 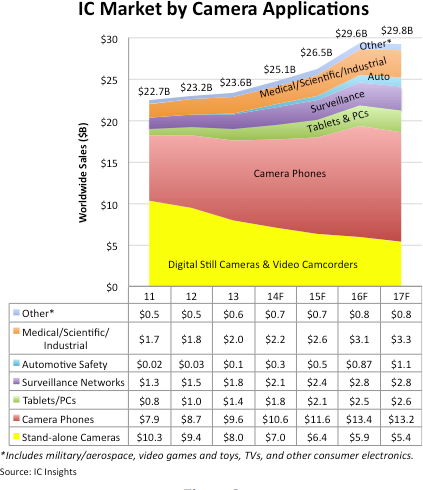